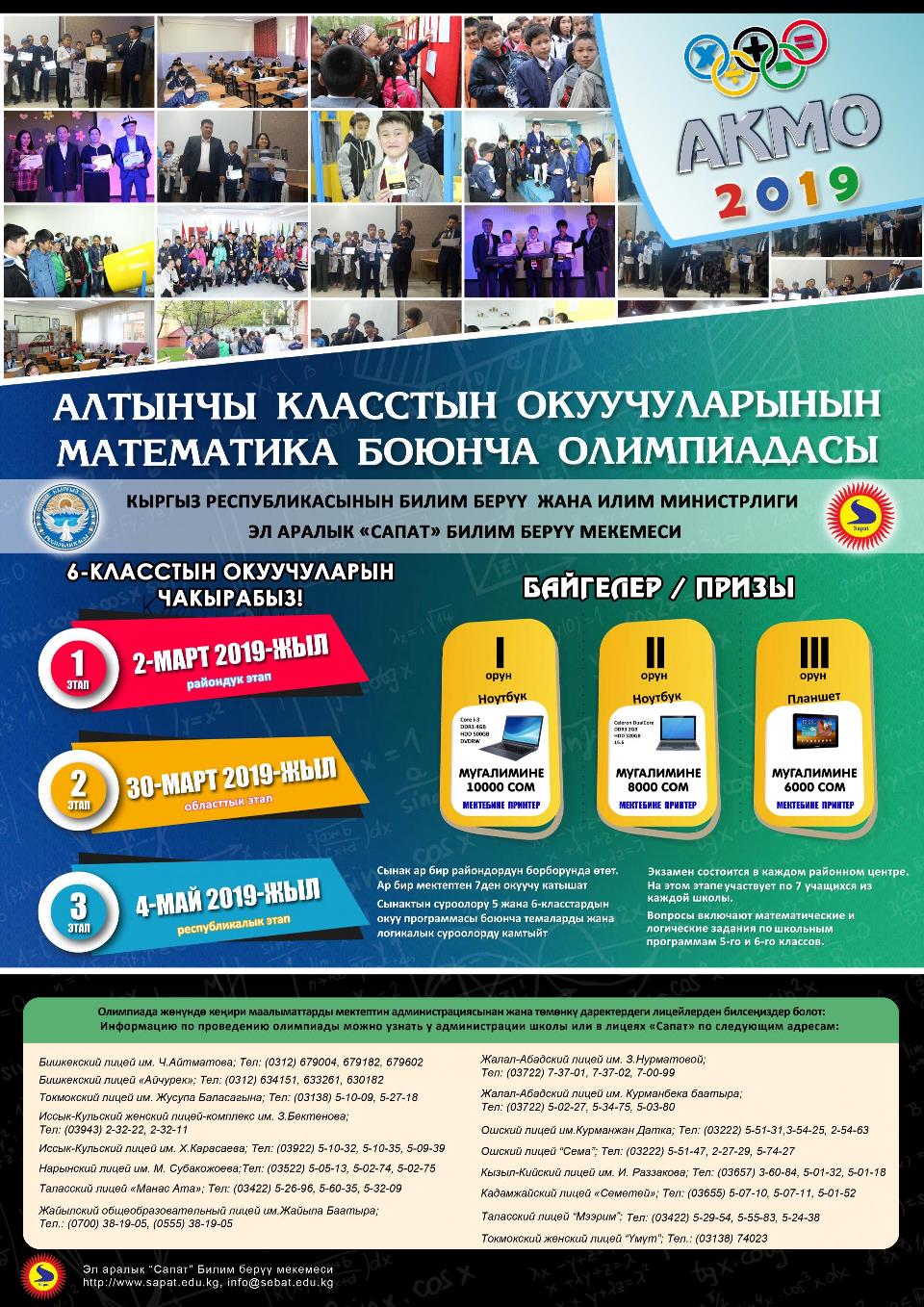 With the aim of developing interest in the study of mathematics, as well as improving various types of intellectual competitions among students of the republic, identifying gifted children and creating conditions for their further support, the International Educational Institution “Sapat”, with the support of the Ministry of Education and Science of the Kyrgyz Republic, is holding a mathematical Olympiad among students of 6 classes of general education schools.

The Olympiad is held in three stages based on the materials of educational programs of grades 5-6.

The first two stages have passed: I-stage, district – March 2, 2019. Stage II, regional – March 30, 2019 Stage III, Republican – will be held on May 4, 2019 on the basis of the Aichurok Bishkek Lyceum. Regional, Bishkek and Osh city teams, consisting of 3 students who won prizes in stage II, take part in the Republican stage of the Olympiad.

Applications for participation in the Republican stage of the Olympiad are submitted in the following form: full name. participant, name of the school, region, district, language of instruction and full name teacher teaching the subject.

The awards ceremony for the winners of the Republican Mathematical Olympiad for 6th grade students will be held on May 4, 2019 at the Aichurok Lyceum in Bishkek with the participation of representatives of the Ministry of Education and Science of the Kyrgyz Republic and the Sapat International Educational Institution. The winners will be awarded the following prizes:

The student who takes 1st place is awarded a first degree diploma, a laptop.

The student who takes 2nd place is awarded a second degree diploma, a laptop.

The student who takes 3rd place is awarded a third degree diploma, a tablet.

Schools, students who won prizes (1,2,3), are awarded with laser printers.

All participants of the Olympiad will be awarded with certificates and valuable gifts.