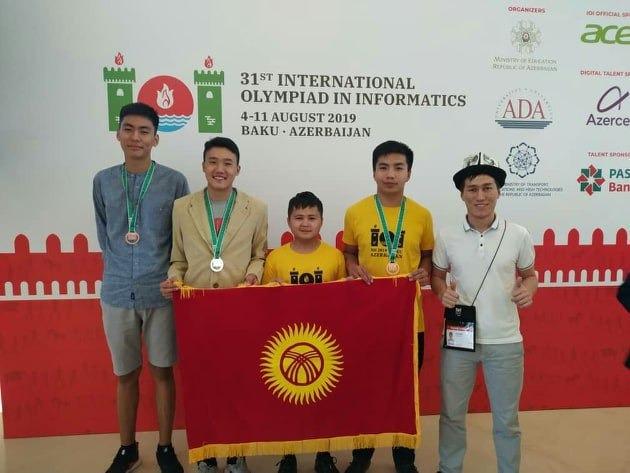 The 31st International Olympiad in Informatics was held in the capital of Azerbaijan, Baku

From 4 to 11 August 2019, the 31st International Olympiad in Informatics, an Olympiad among schoolchildren from all over the world, was held in Baku, Azerbaijan, in which 335 students from 88 countries took part. The team of Kyrgyzstan was represented by 4 students of the Sapat International Educational Institution.

Based on the results of all the tasks, the pupils of the lyceums of the Municipal Educational Institution “Sapat” showed the following results:

Congratulations! We are proud of you!